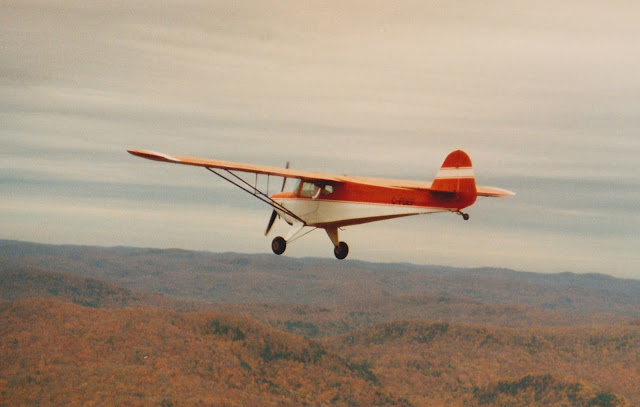 I purchased this aircraft over the phone in 1984 with the intention of rebuilding it. The wings had been removed for storage in the seller's basement. I trailered it home and soon realized it was actually in reasonable shape, so I replaced the windshield, checked conformance on all AD's etc., did a few fabric repairs, put on some new tires and flew it on wheels and skis until 1989, about 150 hours.

In 1989 I started the restoration but career changes, a sailing adventure, kids, and moves back and forth across the country (Canada) means not much progress until now. Now the girls are away at school and it's time to get to work. 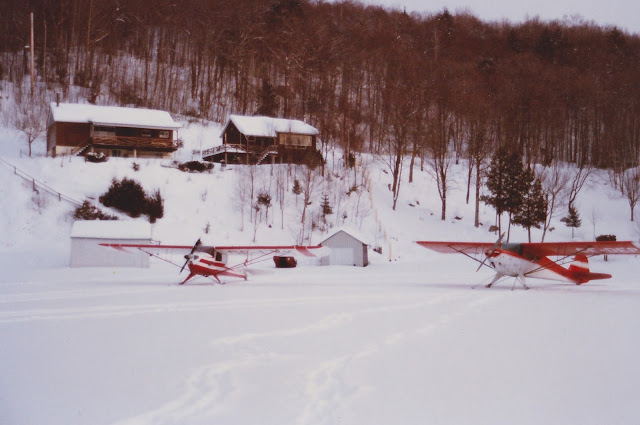 I currently live and work in Thunder Bay Canada.  I no longer work on aircraft for a living but I've maintained my aircraft maintenance (AME) certification.  I also have a Cessna 172M which I fly regularly both VFR and IFR.

I hope to keep a log here of the restoration of the Taylorcraft, which is now CF-CLR.  The aircraft was built in 1946 and originally registered NC96586, later N96586.

Imported into Canada in 1973, it became CF-DEP. The last time it flew was April 1989 at St. Lazare Quebec (I was flying) and the aircraft has accumulated 1470 (corrected to 1876TT) flying hours, with 626 hours since major overhaul on the 65 horsepower Continental engine.
Posted by CF-CLR at 13:16

Email ThisBlogThis!Share to TwitterShare to FacebookShare to Pinterest
Labels: Introduction