During January and February the weather continued cold.  For the most part too cold to work in my hangar, so I was looking for some projects I could work on in my basement shop.  A bit of a pain shuffling tools and materials back and forth (and I always forget something) but at least it's warm!

One project I've been planning for a while is a radio package.  I'm based at CYQT which means ATC and class C/D airspace so a VHF and transponder is needed.

After doing my research I decided to purchase the TT21 and TY91 from Trig.  Compactness, low power consumption, availability of installation and setup information, and an engineering rep at Oshkosh who clearly knew her stuff (increasingly rare these days is seems) were the main reasons behind my decision.  The TT21 also has a built-in encoder which greatly simplifies things.

CF-CLR has no electrical system and not much space, so the plan is to have a portable package that fits snugly in the pilot side map box along with an 11,000 mAh lithium ion rechargeable battery.  I also want to preserve the originality/appearance of the instrument panel so wanted the package to fit in the map box with the door closed.  The door is easily removed for practicality when needed. 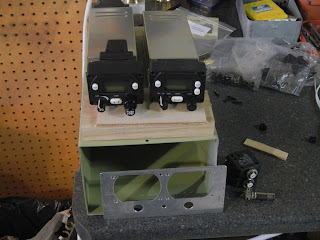 Both the VHF and the transponder consist of a control interface and separate radio box.  From the dimensions on the Trig website I had determined that everything should fit in one map box.

First I cut out a front panel from 2024-T3  070" with the position of the control heads high enough that their connectors would clear the radio boxes, but leave enough room for the Li-poly.  This left just enough room for the circuit breakers and an aux audio input jack. 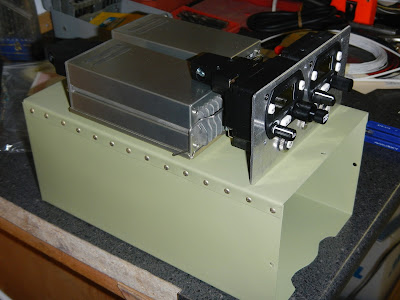 With the heads mounted in the front panel,  I staged the units and measured for the box. 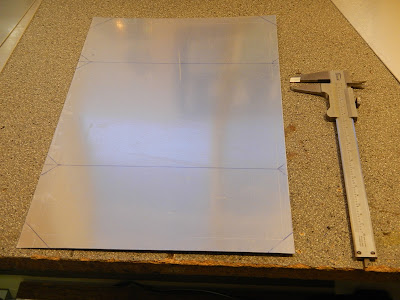 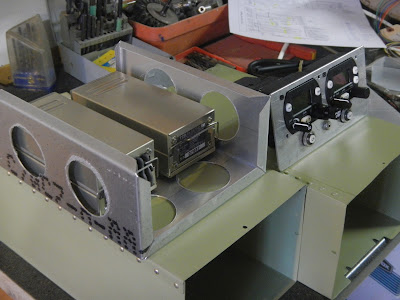 After cutting lightening holes and making a trip to the cold hangar to brake the sides and flanges,  I quickly determined it was junk!

I forgot to allow for the instrument panel openings which are slightly smaller than the map boxes. 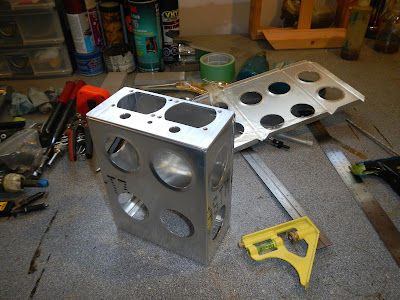 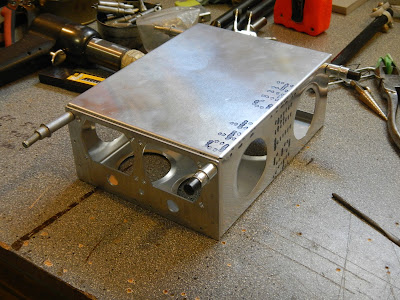 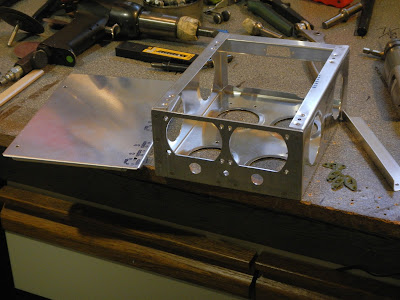 An angle across the back completes the box and provides a mount for a single sub D connector to connect to the ship's wiring for headphones, mic, PTT etc. and also provision for GPS input should I add ADS-B in the future. 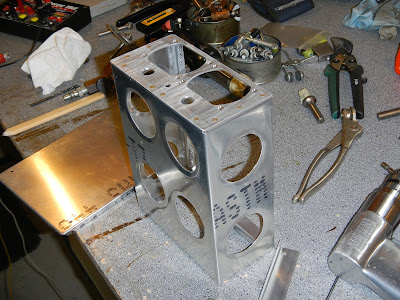 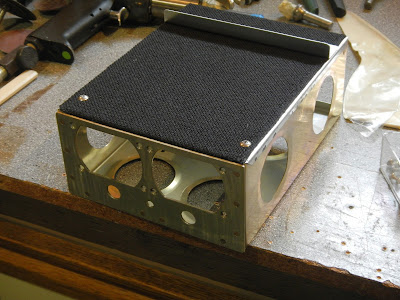 The lid is covered with glareshield fabric, 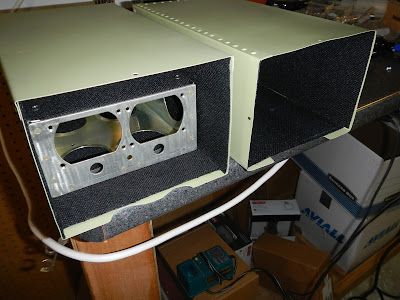 and so are the map box interiors. 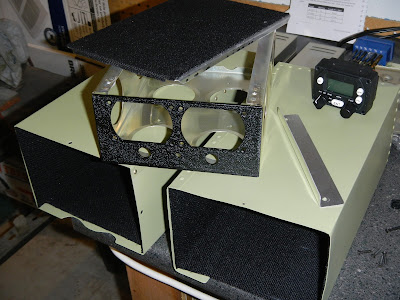 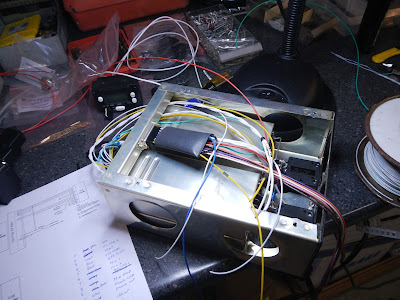 The downside of having separate control interfaces is the added hook-up work, but the future flexibility and overall small size is worth it IMO.

CF-CLR has no ignition shielding so I wired all the grounds such that they are isolated from the box and airframe.  This includes the mic and phone jacks which are insulated from the instrument panel.  Hopefully all this will work to keep noise to an acceptable level. 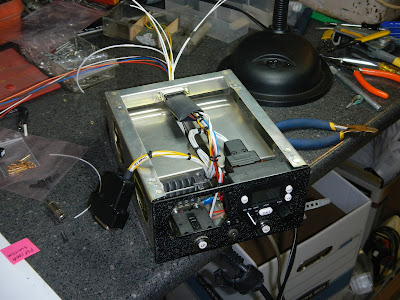 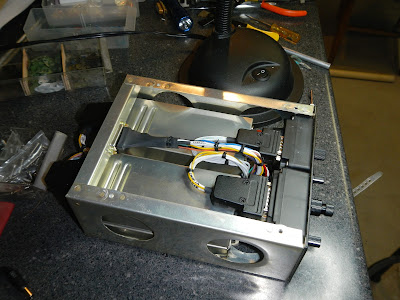 and tidy everything up. 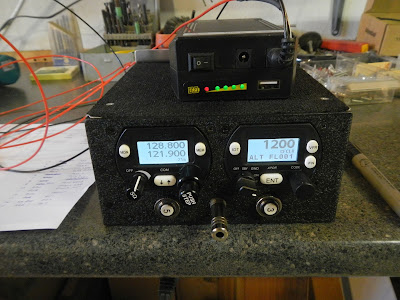 With the Li poly battery connected temporarily,  I run through the setups on both units. 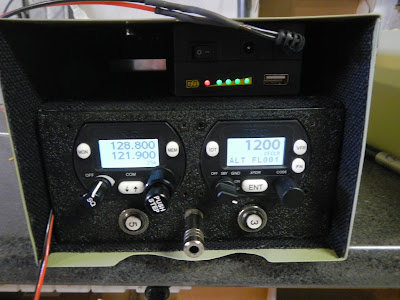 Finally everything goes in the map box for a temperature test.  Eventually there will be some ventilation but without it there was still no significant heat.

Of course the units were only receiving, but after monitoring them for the rest of the day,  I left them on all night.

Both were still on the next day a full 24 hours after initial startup (though the TY91 was indicating low voltage).  The units were barely warm to the touch.